By Humor Mill  /  May 10, 2017  /  Hollywood, Hollywood News
The reality star was popular for his kind demeanor, towering stature and close friendship with skateboarder Rob Dyrdek.

Boykin’s management confirmed the news on Tuesday afternoon to The Hollywood Reporter.

Boykin rose to public popularity as the best friend and bodyguard of professional skateboarder Rob Dyrdek on the reality program which ran from 2006-2008, and later made appearances on Dyrdek’s Fantasy Factory reality series. An imposing figure at 6-foot-6, Boykin’s demeanor was much gentler and warmer than his imposing stature or job description would suggest.

Before becoming a bodyguard, Boykin served in the Navy. In addition to being a television personality, he also started his own clothing line, Big Black (Do Work) in 2007.

Dyrdek remembered his friend and co-star in a series of tweets. “My heart is broken. I don’t want to write this post. I don’t want to believe that this is reality. I am so thankful for you,” Drydek wrote. “We truly were brothers that lived an unespected unforgettable adventure. I just can’t fathom that it would end so suddenly. You will forever be in my heart.” 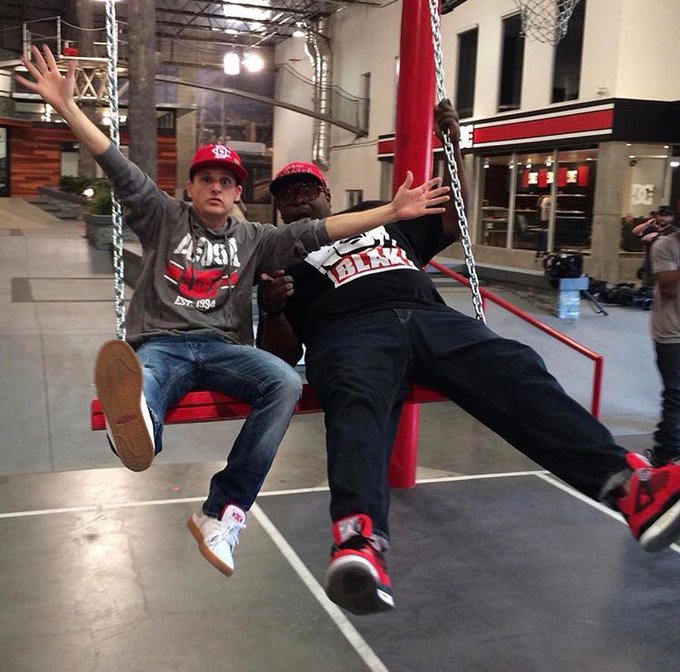 We truly were brothers that lived an unexpected unforgettable adventure. I just can’t fathom that it would end so suddenly.

“MTV is deeply saddened to learn the news of Christopher ‘Big Black’ Boykin’s passing,” an MTV spokesman said in a statement. “He was a long time and beloved member of the MTV family and will be greatly missed. Our thoughts and prayers go out to his family and friends at this time.”

Boykin is survived by his 9-year-old daughter, Isis.